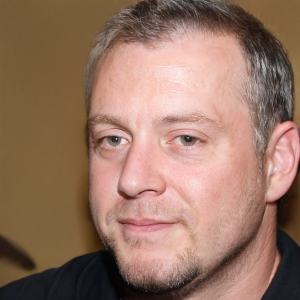 How Does CBD Works in the Human Body?

CBD is well-known globally for its ability to help improve health. While many persons know the different uses of CBD, not a lot understand how it works. Some persons may be hesitant to experiment with CBD simply because they don’t get it yet. Today, we’ll look at how CBD works in the human body.

What about the endocannabinoid system? This system is responsible for a lot of functions in the body. Read on to find out the relationship between CBD and this system and the different effects CBD produce in the body.

CBD, short for cannabidiol, is one of the many chemical compounds found in the cannabis plant. These compounds are also called cannabinoids. The two most researched cannabinoids are CBD and THC (tetrahydrocannabinol).

In recent years, researchers have studied CBD and its many effects. CBD is known to have numerous benefits to the body, such as reducing pain and inflammation.

Science is still finding out the full effects of CBD and how it achieves its functions. Manufacturers utilize CBD to produce various products, from capsules to edibles to tinctures.

The current information on the endocannabinoid system helps us understand how CBD works. Interestingly, CBD doesn’t cause any intoxicating effects like THC. In fact, studies show that it may help reduce it when you take CBD and THC together. More on this later.

Researchers discovered two major endocannabinoids in the 1990s. This finding led to the discovery of the body’s endocannabinoid system (ECS). Subsequently, researchers began to understand what the ECS is, how it works, and its functions.

What is the Endocannabinoid System?

Discovered in the 1990s, the endocannabinoid system is relatively new. It’s present in all living things as well as invertebrates. The main function of this system is to keep the body’s internal environment in homeostasis. In other words, its primary role is to maintain balance.

The ECS is present throughout the body. It helps regulate mood, pain sensation, sleep/wake cycle, appetite, inflammation, and immune responses. It also plays a role in fertility, skin cell regeneration, and cognition. The ECS makes sure your body functions the way it should.

What’s the Endocannabinoid System made of?

The endocannabinoid system consists of the following primary parts:

Endocannabinoids: These are internal cannabinoids that the body produces naturally. They are lipid-based molecules and are similar to cannabinoids like CBD and THC.

These molecules are neurotransmitters. So they send signals from one nerve cell to the other. Some examples of endocannabinoids are anandamide and n-arachidonoyl dopamine (NADA).

CB1 and CB2 receptors affect different parts of our bodies. For instance, CB1 is present in the central nervous system.

You can also find this receptor in some parts of the digestive tract, endocrine gland, and reproductive tract. On the other hand, CB2 is more prominent in the immune system.

How CBD Works in the Human Body

CBD works in the human body through multiple pathways to produce its effects. Some cannabinoids, like THC, work by interacting with the body’s CB1 and CB2 receptors. However, it’s different with CBD. It doesn’t interact directly with these receptors.

Researchers believe that CBD works by influencing our endocannabinoids. It also interacts with non-ECS receptors.

Some of the many receptors CBD interacts with to produce different beneficial effects include:

Anandamide: This molecule plays a role in increasing dopamine levels, mood changes, sleep regulation, and many others.

2-arachidonoylglycerol: Also known as 2-AG, it’s one of the most widely researched endocannabinoids. This molecule possesses similar properties to anandamide.

TPRV1: Pronounced as trip, this receptor mediates many therapeutic benefits. TPRV1 has other names, which are vanilloid receptor 1 and capsaicin receptor.

It got the name capsaicin receptor because it’s the primary receptor capsaicin binds to in the body. Capsaicin is a compound with inflammatory properties present in chili peppers.

Allosteric Receptor Modulator: CBD is known to reduce the intoxicating effects of THC. CBD achieves this effect by modulating the allosteric receptor.

THC attaches to the CB1 cannabinoid receptor found in the central nervous system. CBD acts as a negative allosteric receptor to CB1.

So, although CBD doesn’t bind directly with CB1, it changes its shape, making the bond between CB1 and THC weak. This explains why people don’t feel as high when they take CBD and THC products.

GPR55 Receptor: This receptor plays a role in neuropathic pain, inflammation, cancer, diabetes, and bone health. CBD acts as an antagonist by blocking the signaling of this receptor. Researchers believe GPR55 to be a type of endocannabinoid receptor.

What Effects Does CBD Produce on Your Body?

CBD binds to many receptors throughout the body. As a result, it produces many effects. Some of the effects of CBD on the body are:

According to a report, over half of the people who use CBD take it for pain relief. But how does CBD work in the human body to decrease pain?

CBD’s interaction with this receptor also gives it its seizure-fighting and nausea-beating properties. CBD also acts as an allosteric modulator, and this property may explain its use as an analgesic.

By blocking the TRPV1 receptor, CBD decreases the number of pro-inflammatory cytokines. This interaction provides relief to inflamed tissues. CBD also has antioxidant properties. Its antioxidant and anti-inflammatory nature makes it effective in fever, acne, pain, and inflammatory issues.

The FDA’s approval of Epidiolex in 2018 was a major step forward in the CBD industry. Doctors prescribe this CBD-based drug to treat Lennox-Gastaut syndrome and Dravet syndrome. These conditions are two rare forms of epilepsy.

The ECS controls the sleep cycle. When you take CBD products, they can affect this cycle. At low levels, CBD can cause wakefulness. At the same time, when you have CBD before going to bed, it can help improve sleep. Researchers are not sure how CBD works to achieve this effect. However, various CBD studies show that CBD helps participants with sleep problems.

For instance, it decreases the number of pro-inflammatory cytokines. In turn, this reduces inflammation linked with immune response.

This immunomodulatory effect can be good sometimes. But at other times, it could be a disadvantage.

In cases of autoimmune diseases, CBD’s immune regulation may help such persons. Autoimmune ailments occur when your immune system attacks healthy tissues instead of protecting them.

CBD can also help in relieving stress and anxiety. It does this by interacting with 5-HT1A serotonin receptor. Serotonin is a neurotransmitter that modulates mood. CBD’s interaction with this receptor may explain why it can help with mood disorders.

CBD is a generally safe compound and doesn’t have any record of severe negative effects. However, reports from some CBD users show that it can cause possible side effects, such as:

CBD can also interact with a drug you’re currently taking. This interaction can put your health at risk, so you should consult with a doctor if you are on medications.

Pets also have an ECS the same way we humans do. So, you can give your furry friend CBD products to improve their wellness or manage a certain condition.

Pet CBD products are different from the regular ones we use. Although the pet products contain the same hemp extract, the manufacturers create them with animals in mind. So, avoid giving your pet CBD products meant for humans.

Two of the popular pet CBD products are CBD treats and oils. They come in flavors like peanut butter and chicken to make them more pleasing.

There is still so much to learn about the ECS and how CBD works in the human body. Currently, we know that many cannabinoids bind with the CB1 and CB2 receptors in our endocannabinoid system. But, CBD doesn’t interact with these receptors directly.

It influences the cannabinoid receptors indirectly. It also bonds with receptors like TRPV1 and GPR55. Its interaction with these ECS and non-ECS receptors produces health benefits that the consumer enjoys.