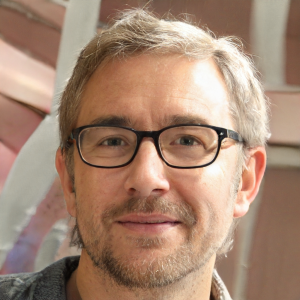 What is the Endocannabinoid System, and What Role Does it Play?

As you read articles on the functions of CBD or cannabinoids, one thing becomes clear: the endocannabinoid system (ECS). The search for how the cannabis plant works and has such therapeutic effects led scientists to discover the ECS.

Subsequently, researchers have been studying this system and the role it plays in the human body. The ECS interacts with cannabinoids like THC and CBD.

Beyond its interaction with these compounds, it carries out important body functions. Let’s look at the ECS, its components, and its role in bodily functions.

What Is the Endocannabinoid System?

This system isn’t only a natural part of us. It’s also an essential one.

The ECS regulates different processes, including mood, sleep, appetite, cognition, and fertility. This system exists in our bodies, and it’s active whether you use cannabis or not.

Despite the crucial role the ECS plays in the human body, it was discovered less than 30 years ago.

Here’s a brief history that led to the discovery of the ECS:

Mid 1960s: An Israeli researcher, Raphael Mechoulam (Ph.D.), and his colleagues discovered CBD and THC as active cannabinoids. Following this discovery, scientists began to study the clinical effects of these cannabinoids. They would also study their pharmacology and biochemistry. But, they couldn’t tell how these compounds exerted their effects.

1990: Scientists cloned the CB1 receptor in rats and humans without failing.

These discoveries led to the surge in exploring the endocannabinoid system.

What Is the Endocannabinoid System Made Of?

Endocannabinoids: These are endogenous cannabinoids that our bodies make. They are similar to external cannabinoids like CBD and THC. However, the difference is our bodies produce these ones when we need them.

Receptors: These receptors are present throughout our bodies. When endocannabinoids bind to the receptors, a signal is sent to our ECS to carry out a function.

Enzymes: The role of these enzymes is to break down the endocannabinoids after they’ve performed their tasks.

What Does the Endocannabinoid System Do?

For instance, an external force such as fever throws the body outside its normal state. The role of the ECS is to help the body get back to its ideal state. So, when something is happening out of its normal range, the ECS works to correct that.

The endocannabinoid system is involved in the regulation of different processes, namely:

All these functions contribute to stabilizing the body’s internal environment. When our body activates the ECS, it does that with exactness.

So the endocannabinoid system carries out only the needed task without disrupting other functions. For example, if your temperature is out of range, the ECS regulates it without interrupting your immune function.

Once the endocannabinoids have performed their role to regulate your temperature, certain enzymes break them down. This prevents them from going beyond the precise task.

What Is Endocannabinoid Deficiency?

Some researchers believe a theory called the Clinical Endocannabinoid Deficiency (CECD). This theory implies that a low level of endocannabinoids in the body or ECS dysfunction can cause disease conditions.

There was a 2016 review of over ten years of study on this topic. The article suggests that this theory could explain why people have conditions like:

These diseases do not have an underlying cause and are often resistant to treatments. Also, they usually involve more than one system. It adds up when you look at the ECS and all the areas they regulate.

We’re still in the early stages of understanding endocannabinoid deficiency. So, more research is needed on this subject. However, if CECD plays a role in certain conditions, targeting the endocannabinoid system could be an effective treatment.

Supporting the Endocannabinoid System with Hemp

The body produces its own endocannabinoids. However, we have many cannabinoids present in hemp and cannabis plants. These plants are of high interest to researchers due to the therapeutic effects of their cannabinoids.

Two more researched cannabinoids, amongst others, are CBD and THC. CBD is short for cannabidiol, while THC means tetrahydrocannabinol. These cannabinoids interact with the ECS to produce effects similar to endocannabinoids. Thus, they might help bring the body back to balance.

THC produces the high people associate with the cannabis plant. However, CBD is non-intoxicating, so it won’t get the consumer high.

Because of its non-intoxicating effect, CBD has been a welcome option for many. People are looking into natural treatment options for diseases. And studies suggest that cannabinoids may help treat various conditions, including:

Research shows that these Phytocannabinoids can interact with the ECS in two major ways:

There are different hemp-derived products, including full-spectrum CBD oils. Full-spectrum CBD products are often preferred over isolated CBD. The reason is that a full-spectrum product contains CBD, a trace amount of THC, and other cannabinoids from the hemp plant. So, it has a higher phytochemical composition.

Other Ways to Support the Endocannabinoid System

Away from hemp, there are other ways to support the endocannabinoid system. Practicing a healthy lifestyle is one such.

Some of these substances include food items that contain omega-3 fatty acids. Omega-3 is an essential component in the formation of endocannabinoids.

Foods rich in this fatty acid include walnut, flaxseeds, and fish. Some studies even suggest that omega-3’s anti-inflammatory properties are linked to its role in supporting the ECS.

We have other foods that can support the endocannabinoid system. These include several herbs and spices. For instance, cloves and black pepper have a cannabinoid called beta-caryophyllene. This cannabinoid binds directly with the CB2 receptors and helps control inflammation.

Trace amounts of cannabimimetic and Phytocannabinoids are also present in carrots, rosemary, thyme, and hops. Truffles and dark chocolates are other foods that may improve the ECS.

These compounds inhibit FAAH –the enzyme that breaks down anandamide. By inhibiting it, they prolong the effects of anandamide.

Furthermore, stress is one factor that can throw the ECS out of shape. It activates enzymes that break down endocannabinoids.

Thus, one way to support your endocannabinoid system is by reducing stress. You can include practices like yoga, massage, deep breathing, and moderate exercises in your routine.

The ECS plays a vital role in maintaining balance in your internal environment. However, there’s so much to learn about it, many of which experts don’t know yet.

The ECS is a composition of endocannabinoids, cannabinoid receptors, and enzymes. All these components work hand in hand to stabilize bodily processes like mood, digestion, and metabolism. Some practices like healthy food intake and mind-body therapeutics can help support the ECS.